Piazza Castello is the main square of Turin, the heart of the historical center of the city, that brings together four main roads: the pedestrian Via Garibaldi, Via Po, Via Roma and Via Pietro Micca.

Square shaped, it houses the center of the architectural complex of Palazzo Madama, while the perimeter is composed of elegant arcades, built in different times, and important public buildings, such as the Palace of the Prefecture-Royal Armoury (north ), Teatro Regio (east), the two mansions on both sides of Via Garibaldi, one of them houses the Piedmont Region (west), the Real Church of San Lorenzo (north-west), the Subalpina Gallery (in southeast), and the Littoria Tower (south-west); in particular, the large square is grafted in the northwest with the smallest Piazzetta Reale, flanked by Palazzo Chiablese, and giving access to its Royal Palace and the pedestrian passage to Piazzetta San Giovanni (Cathedral of Turin). 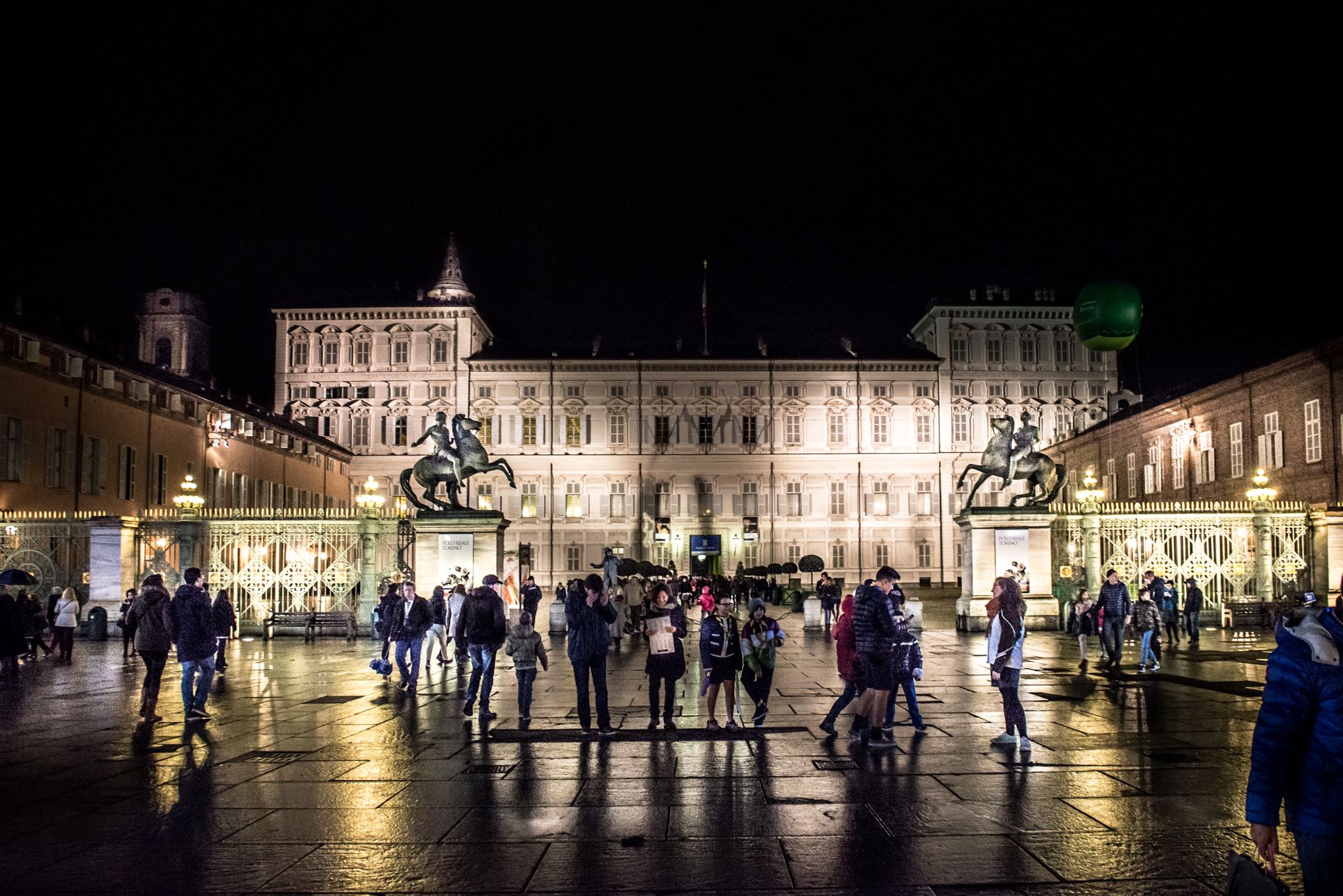