Piazza San Carlo is one of the most important squares of Turin. It can be defined as the living room of Turin. 168 meters long and 76 wide, the square has a 12,768 square meters. It is inserted inside the road axis of Via Roma, which connects Piazza Castello and Piazza Carlo Felice.

Throughout history it has taken the names of Royal Square, Piazza d’Armi and then, during the Napoleonic period, place Napoléon. From 1618, it is dedicated to San Carlo Borromeo, as one of the twin churches, the holy Archbishop of Milan, who had a special devotion to the Shroud. Emanuele Filiberto did in fact bring the Holy Shroud in Turin in 1578 to shorten the pilgrimage, on foot, Carlo Borromeo was supposed to take him to Chambéry to worship.

It is customary to stage various historical and social events, including election rallies, concerts, demonstrations, live television (during the XX Olympic Winter Games of 2006, the American television NBC made it into the stage of his live links), labor disputes, celebrations of sporting triumphs of the football club Juventus.

In this square, at the Exposition of the Shroud, on the morning of May 2, 2010, Pope Benedict XVI met with the citizens of Turin and celebrated the Mass; in the afternoon, the Pope presided at the meeting with young people from Piedmont, before visiting the Cathedral of Turin to venerate the Holy Shroud, and then to the Little House of Divine Providence. 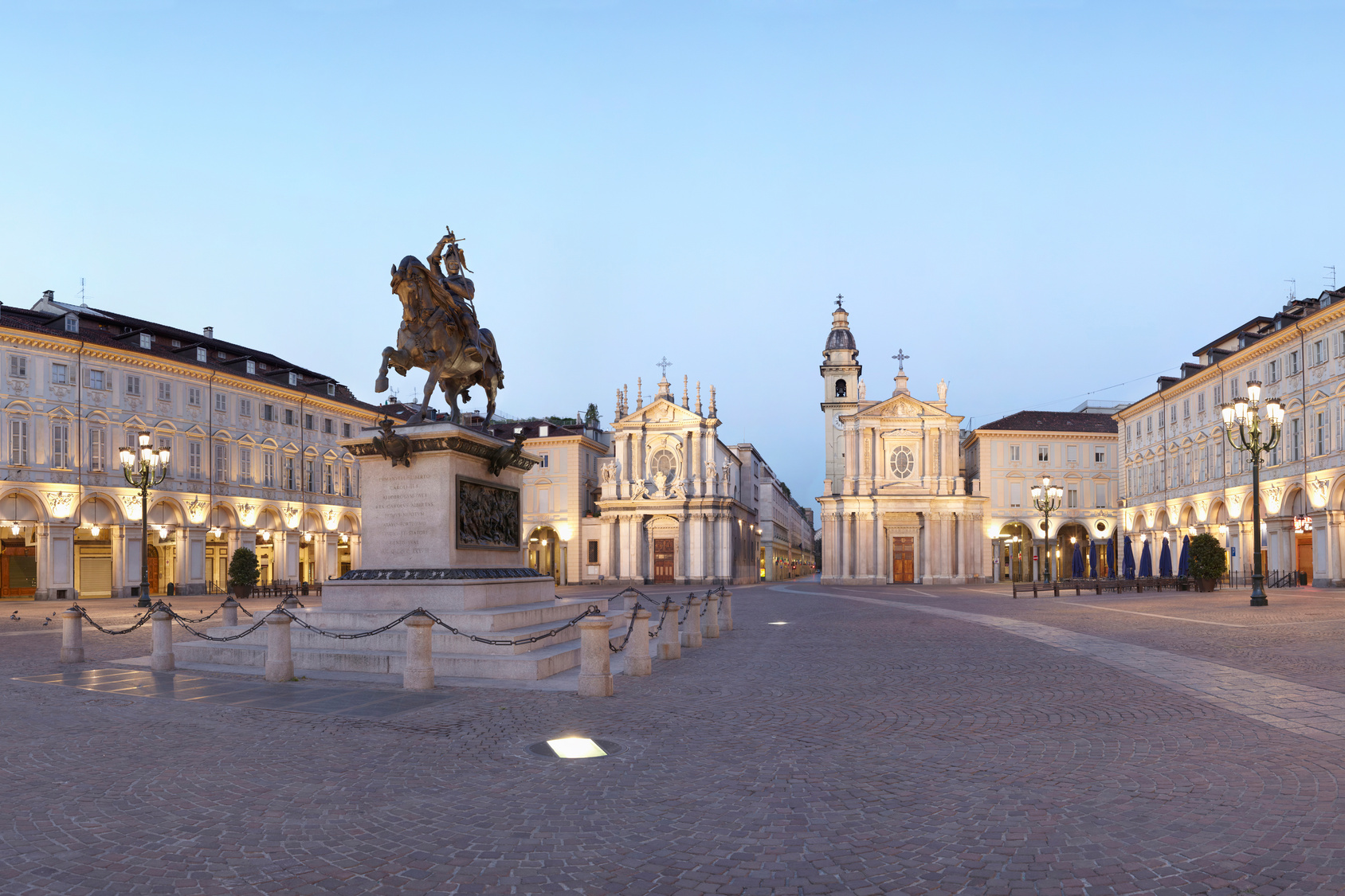